On the first of each month, we look back at TV premieres, appearances at conventions, and other key dates in Luciana’s public life that occurred this month one or more years ago. 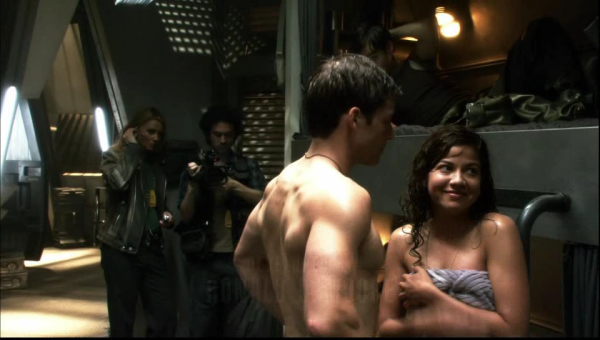 Luciana as Kat in the BSG episode Final Cut

September has usually been a rather quiet month, but aside of the premiere of a BSG episode which was particularly interesting for fans of Kat and Luciana, she also attended one of the biggest conventions in the US:

This entry was posted in Other and tagged Anniversaries. Bookmark the permalink.